We are asking for volunteers who feel they could contribute as a team member to develop one or more of the themes outlined in the plan for Specimen Cottage.  The current extent of these themes is broad. The task of each team will be to provide focus for each theme as well as some significant stories about people, places and events.
At the first meeting of each team, the exhibition coordinator will conduct a short workshop that will help teams structure their progress. However the first part of the process will be ‘brainstorming”, where all ideas will have equal merit. Expect 3-5 meetings over a three month period, beginning in March 2020.

$20.00 per person Maximum tables of 8 Organize a table of 8 or join others to make up a table on the night. 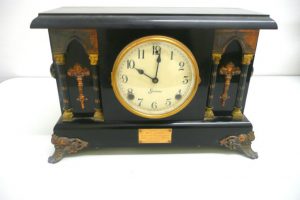 The BHS will be conducting history walks on the first Sunday of August, September, November and December at 10.00 am.

The first walk will be on Sunday August 4.

The election of office bearers for 2019 – 2020 will be conducted by Cr James Williams. 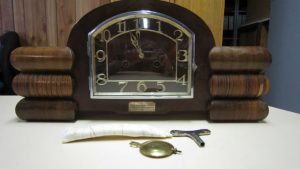 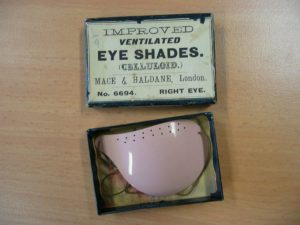 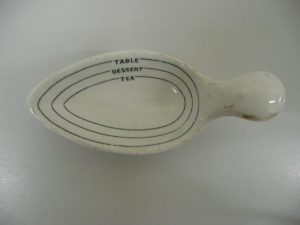 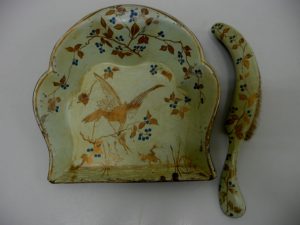 Papier-mâché crumb tray with wooden brush. Pale green with blue and gold decoration of a large bird, frogs and plants. Papier-mâché was used in the second quarter of the 19th century for a variety of household furnishings.